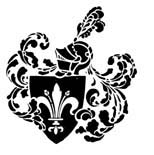 One of the greatest Korean novelists, Yi Kwang-su, a non-Catholic, once said that it was a great honor and pride for the Korean people to have so many Korean martyrs, who had shed their blood and given their lives for what they believed.

The Church in Korea was founded on the strong faith of these martyrs who endured persecutions for over a hundred years. Much of the Korean Church history had been written in their blood. In every region of the country, in Seoul and in the provinces, our land has been sustained by the blood of the martyrs. — Stephen Cardinal Kim, former Archbishop of Seoul

Seoul’s 12 million inhabitants work long hours, study long hours, are devoted to their families, and always seem to be in a hurry. Koreans can be kind and polite, but courtesy, as we know it in America, is not common. Koreans are not familiar with opening doors for others, pulling over for emergency vehicles, letting others exit a subway car before entering, and walking down a sidewalk in any kind of orderly manner. In fact, it is common to see motorcycles and automobiles riding down the sidewalk. Foreigners often complain about the rudeness and “me first” attitude of Koreans.

Buildings in Seoul are not beautiful, as practicality is the rule of the land. An aerial view of Seoul shows a city filled with high-rise apartment buildings averaging 15 to 20 stories. They tend to be white with no special architectural characteristics. Aesthetics is not considered an important part of daily life. The shopping areas have an abundance of neon signs. However, Koreans are generally attractive people and they usually dress well.

On top of a small hill, about 150 yards up at a 30-degree angle, sits a large, unique building surrounded by Seoul’s modern downtown. This building represents the Catholic Church in Korea and is called Myung Dong Cathedral (Korean churches are named after the city or area they are in and do not take the name of a saint). The cathedral, built in 1898, is the only gothic-style building in Korea and is made of 20 different kinds of bricks, mostly red on the outside and gray on the inside. The steeple rises to 48 meters and the church seats 1,000 people. In front of the cathedral, at the beginning of the plateau on top of the hill, is a white statue of the risen Jesus. The cathedral sits in the middle of the plateau and is surrounded by a courtyard with buildings belonging to the Church, such as a bookstore, library, convent, and a girls’ high school. Behind the church is a somewhat secluded area with a large statue of Mary. Standing in this area one can only see Mary, the back of the red-brick cathedral, other buildings at a higher level, and trees and flowers. It is a beautiful and peaceful place in the middle of Seoul.

The mark of Christians is to stay recollected in faith, hope, and charity, and in the knowledge that there are things worse than death, such as sin.

Letter to the Editor: September 1987