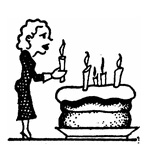 Forty years ago, in February 1977, the first issue of the newly named New Oxford Review hit the newsstands. At the time, the NOR was Anglo-Catholic — a “high church” strain of Anglicanism that stresses its historical continuity with Roman Catholicism over and against its Protestantizing tendencies — and was published by the American Church Union, the publishing house of a body of Continuing Anglican churches known today as the Anglican Province of Christ the King (APCK).

Continuing Anglican churches are those that hold fast to “traditional” Anglicanism and, as a consequence, exist outside of the official worldwide Anglican Communion and, in America, outside of the Episcopal Church (ECUSA). Most trace their origin to the 1977 Congress of St. Louis, a gathering of over two thousand lay and clerical Anglicans who sought to establish an orthodox jurisdiction within Anglicanism in which traditionalism would be maintained. The Congress of St. Louis came largely in response to troubling developments at ECUSA’s 1976 General Convention, at which the Episcopal Church approved the ordination of women and agreed to open inquiry into the ordination of homosexuals. But instead of carving out a niche (or what today we would call a “safe space”) in the Episcopal Church, the Congress of St. Louis resulted in the formation of a splinter group, the Anglican Church in North America, which itself would eventually splinter into several competing Continuing Anglican factions, of which APCK is one. Complicated, we know.

It was in this milieu that the editors of this magazine announced they were shedding its previous name, The American Church News, by which it had been known for forty-four years, and were rechristening it the New Oxford Review. (This is why the volume number on our masthead currently reads LXXXIV, or eighty-four, and not XL, or forty. We count from the date of our origination as The American Church News, not our reincarnation as the NOR.) Why the name change, and what did it mean?

Dale Vree, then book review editor of the NOR, proposed the new name and explained the reason behind it at the January 1977 meeting of the executive committee of the American Church Union. The committee approved Vree’s statement unanimously and advised that it be published as an editorial in the first issue of the newly rebranded New Oxford Review. With this editorial, Vree essentially issued a manifesto, laying out the raison d’être of the NOR at the time of its birth (or rebirth, as it were). It seems fitting, then, at this, our fortieth anniversary, to reconsider that inaugural editorial, for it still speaks to the mission, vision, and purpose of the NOR in these times.

Simony in the Church of England

The Anglicans has fallen on hard times, both in terms of membership and finances.

You Can't Have It Both Ways

Let Rome be Rome, and let the ecumenical chips fall where they may.

Some Are More Diverse Than Others

Too many seminarians these days are too outspokenly traditional.