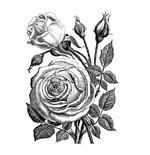 One Red Rose for Christmas

A CATHOLIC VISION OF LIFE

By Mitchell Kalpakgian | December 2006
Mitchell Kalpakgian, a Contributing Editor of the NOR, is an Adjunct Professor of English at St. Anselm College and Southern New Hampshire University in Manchester, New Hampshire. He is author of The Marvelous in Fielding's Novels (University of America Press), The Mysteries of Life in Children's Literature (Neumann Press), and An Armenian Family Reunion (Neumann Press).

A journalist covering the following story might re­port the following facts: A fire broke out at 4:00 AM on December 22 at Mt. St. Catherine’s Home for Girls on Chicago’s East Side. The cause of the fire was undetermined, but fire officials speculated that electrical problems were a possibility. Two hundred orphans were forced outdoors into the cold winter air while fire engines rushed to the scene. Although the fire destroyed an entire wing of the school, no children were hurt in the fire. According to Mother Seraphim, superior of the orphanage, the fire engines extinguished the fire by 5:30 AM, after which all the children were allowed to return to the building.

These facts answer the questions of who, what, where, when, and why, but do not tell the real story, for Paul Horgan’s “One Red Rose for Christmas” is not a news item but a classic Catholic short story — an uplifting tale that illuminates the Catholic vision of the world from birth to death as it narrates the lives of twin sisters who became nuns in the same order. From a glimpse of their happy childhood to the realization of their vocations to the death of one of the sisters, the story reveals God’s handiwork and providential design in the warp and woof of their daily lives. The story illustrates the timeless truths of the Christian faith that depict a sacramental world in which grace superadds to nature: religious vocations come from large, loving, joy-filled families; God is always mysteriously present in daily life — hidden but present; God answers prayers and gives signs; God’s grace comes through the ordinary persons in our lives — family, friends, colleagues; God can bring good out of evil, and there is nothing that cannot be turned to God’s glory; God performs miracles, and nothing is impossible for God; sadness and tragedy must never lead to despair or a loss of faith; God expects all who love and follow Him to bear crosses; coincidence is just a nickname for divine providence, and, in Chesterton’s words, the more coincidental things seem, the less coincidental they are; God loves and cares for all human beings and manifests the same divine favors to a wayward child that He grants to a devout mother superior.

Lizzie and Mousie were twin sisters who enjoyed a normal, wholesome childhood of play and fun in a loving family of many children. They reveled in pranks, mischief, and laughter; they were notorious for finding stray cats, releasing them in the home at dinnertime, and blaming their favorite brother for this frolic. They imitated adult dinner parties when the girls themselves found a bottle of wine in the pantry and enjoyed their own drinks upstairs in their room. They were so beautiful, vivacious, and talented that relatives and friends could not imagine any suitor deciding between the two sisters or distinguishing between the identical twins. “In the whole family there was an atmosphere of innocence mixed with mischief,” Horgan writes, and from this environment of simple joys and mirthful laughter in the background of a large family that cherished children, Lizzie and Mousie both felt the vocation for religious life. The richness of the twins’ family life and the boundless affection among the family members cultivated in the two sisters a love for life and a gratitude to God that naturally influenced their religious calling. The Catholic vision of life begins with the holiness of marriage, the sanctity of the home, and the generosity of loving parents welcoming children into their lives. From these humble beginnings come religious vocations, the noble desire to return to God some of the riches of love that have blessed a person’s life. The Catholic vision of life begins with thankfulness for the gift of human life and the desire to know, love, and serve God for this precious treasure.

At the time of the fire, Lizzie was Mother Seraphim and Mousie was Sister St. Anne, one sister the mother superior and the other a teacher at Mt. St. Catherine’s Home for Girls, an orphanage. In the aftermath of the fire, Sister St. Anne contracted pneumonia from her exposure to the cold winter weather and died on Christmas day — a tragedy that affected Mother Seraphim so profoundly that “it was, it actually was, like watching herself die.” A journalistic account would not record this fact and would also not mention another revealing detail that soon came to light. One of the children at the orphanage, Kathie, reputed to be a habitual liar, confessed to having caused the fire: “I prayed for forgiveness as I watched it burn. Through my fault, through my fault, through my most grievous fault.” Of course Kathie’s words contradict the fire chief’s report, and her habit of lying casts doubt on her words. Although she says, “I did it! I did it!” referring to the candle she accidentally held close to the curtains, Mother Seraphim questions the reliability of Kathie’s account. At the same time, if any child in the orphanage was careless and disobedient enough to set a fire, Kathie would be a likely suspect: “poor Kathie, irresponsible, with her nose running, and her hair hanging like wet grass, and with that sly look at one corner of her mouth that was meant to be a winning smile….”

What Part of "Is" Don't They Understand?

Meet Reverend Ian Protestus, R.I.P. as he is commonly called, who left the Catholic Church ten years ago and holds a doctorate from Rapture University.