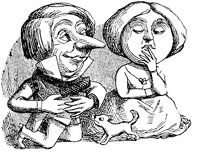 By Robert Coles | January/February 1995
Robert Coles is Professor of Psychiatry and Medical Humanities at Harvard Medical School, a Pulitzer Prize-winning author, and a Contributing Editor of the NOR.

In the early 1980s I spent a lot of time in Brazil, trying to learn how children of a particular Rio de Janeiro favela lived — exploring not only the physical circumstances of their lives and, too, their psychological response to an especially hard, unpromising fate, but the moral and spiritual side of things: the manner in which certain boys and girls made sense of things, sorted out rights and wrongs, responded to the religious traditions of the Catholic Church, which had an outpost of sorts at the foot of the favela in the form of a soup kitchen run by two wonderfully kind and sensitive and generous nuns. I got to know many children, many families in the course of that work, and all were quite poor, with virtually no prospect of ever rising to a more privileged situation in a country where a small number of people are enormously rich and the vast majority utterly impoverished. I remember, even now, one mother of eight children, who had, besides, lost several others to miscarriages. Once as she and I talked about her daughter, Maria, then 10, and her delight in drawing pictures for me, I was asked this: “Do you think God wants us to have children every year, every other year?”

I was surprised at that inquiry, and, for a few moments, speechless. The answer, I knew, is complicated and surely not a flat-out yes. With me was a Brazilian doctor, half American, a friend who was acting as a translator. When, finally, I begged off, shrugged my shoulders to indicate an inability to say anything, my colleague, in English, intervened: “Come on, tell her what you think — she wants to know!” Instead of doing so, I pleaded for time and mercy: “I don’t know how to answer her. Who can speak for God?” Then, I blurted out this: “She already has too many children. She is overwhelmed by them — by everything. She keeps telling me that her life is ‘to stay ahead of the Devil,’ and when I asked her what she meant by those words, you heard her: She told me that every day she is afraid all of them in her family will have no more food to eat, will begin starving to death — and now she is pregnant again.”

We talked at further length, my medical friend and I; then we returned to my conversation with the woman, still in her 30s, tired and sickly, and without a doubt worried that she might soon die. Such apprehensions came to the surface again, as she told me of her travails, the strains on and the threats to her health that accompanied her many, many pregnancies. Moreover, her children were born at home, delivered by kin or neighbors, and twice by one of the nuns. It was to that nun, actually, that I would pose that same question on the day it was asked, though my doctor friend took the liberty of giving his earnest, heartfelt reply: No — and he went further, saying that he couldn’t believe that God wanted any women like her, already so overburdened, to keep bringing children into this world. The nun was interested in my friend’s remarks (she knew and admired him: he gave a lot of his time to unpaid work with the poor), and to my surprise, she wasn’t ready to dispute his position directly: “I see what he means. I understand him — what he says. I won’t tell you I don’t get discouraged, too — and when I do [feel that way], I get confused.”

All the time, as a child, I heard my mother mention “the sin of pride,”…