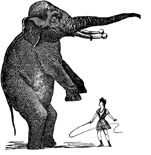 A RESPONSE TO JOHN LAMONT

My congratulations to John Lamont for a fine article on the Second Vatican Council (NOR, Jul.-Aug. 2005). I concur with what Lamont understands as the necessary reason for Vatican II’s teachings. I was impressed with how well he dealt with the “external” and “internal” issues in such a short article. Nevertheless, I would like to add some counterbalancing ideas to Lamont’s thesis.

Normally, I associate with the traditionalist side of the post-conciliar debates, yet, at the same time, I often part company with my colleagues on Vatican II, for as Lamont says, traditionalists either dismiss it altogether or they find egregious fault with its teachings, unwilling to reconcile its seeming innovations with tradition. Barring its minefield of deliberately placed ambiguous statements (a “deliberateness” freely admitted by attendee Eduard Schillebeeckx), we must accept Vatican II as a legitimate ecumenical council, without dogmatic error, and designed for the good of the Church. In reality, 95 percent of its words are unproblematic. If the other five percent is interpreted in the light of tradition rather than liberalism and neo-Modernism, we shouldn’t have too much problem ironing out any difficulties. The sooner traditionalists accept that challenge, the faster our divergent camps can move onward in cleaning up the mess of the post-conciliar church — and it is, indeed, a mess.

There are a few points, however, that Lamont needs to consider. First, although he enlightened us to the problem of nominalism stemming from Occam (a philosophy which eventually leads people into the trap of Phariseeism, wherein one obeys law for law’s sake rather than from true love for God and man), we must never forget that man has a grave sin problem; and this sin problem became especially acute in the 20th century. Law is an absolute necessity in such times, for it binds men to obedience and maintains an orderly and civil society. Although we may all strive to reach the ideal of altruistic love, it cannot be denied that we desperately need law to keep the lid on society’s potential debauchery. One day we hope that obedience will mature us to the point of obeying strictly for love’s sake (Jas. 2:8-13), but until that day comes, we must face the reality of our own wretchedness.

Undoubtedly, the Pill is a "gateway" drug, introducing its users to promiscuity, premarital pregnancy, abortion, and divorce.

As we mark the two-year anniversary of Jorge Bergoglio's election to the papacy, the extended honeymoon period with liberal Catholics that he enjoyed is coming to a bitter close.