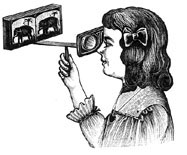 One of the most enduringly significant encyclical letters of the 20th century is Pascendi Dominici Gregis (On Modernism), written by Pope St. Pius X in 1907 (newly available in The Popes Against Modern Errors: 16 Papal Documents, TAN Books, 800-437-5876). In this encyclical Pius stated that “the partisans of error” can be found “not only among the Church’s open enemies, but, what is to be most dreaded and deplored, in her very bosom….” The Modernists inside the Church “put themselves forward as reformers….” But they are “the most pernicious of all adversaries of the Church,” for they “put into operation their designs for her undoing, not from without but from within” (#2 & #3). Sounds as if it were written today, doesn’t it?

Pius’s attack on the Modernists was hard-hitting, unequivocal, and relentless. Indeed, Pius (who, let’s remember, is a saint) didn’t shrink from ad hominem attack, from ascribing unworthy motives: For example, he said the Modernists “are possessed by the empty desire of having their names upon the lips of the public, and they know they would never succeed in this were they to say only what has always been said…” (#43). Sounds familiar, doesn’t it?

Since Vatican II the Church has pretty much relied on “the medicine of mercy” to treat the diseases of dissent and heresy. That medicine has been found wanting. We need stronger medicine.

Pius’s description of Modernism itself sounds quite like the neo-Modernism that today’s orthodox Catholics are confronted with in the Church. Pius had a plan of action for combating Modernism, which he outlined in his encyclical and which he directed primarily to the bishops of the world. But Pius knew that there were limits to what he and the bishops could accomplish. Therefore he said, “But of what avail, Venerable Brethren [fellow bishops], will be all Our commands and prescriptions if they be not dutifully and firmly carried out?” (#55). Ah, Pius recognized the need for follow-through! So he established Diocesan Vigilance Committees, composed of reliable priests who would meet with their bishop every two months, to root out Modernism at the diocesan level (#55). We have here an idea that needs to be recycled. And it should probably be updated (in the spirit of Vatican II) to include laymen. We at the NEW OXFORD REVIEW are constantly hearing from readers who are assaulted by neo-Modernism in their parishes and dioceses. Their stories usually go like this: In seeking to correct abuses and heterodoxies, they’ve spoken tactfully to their priest and gotten the brush-off; they’ve then written a respectful letter to their bishop and gotten a nice but noncommittal response. They’ve then written a temperate letter to the Apostolic Pro-Nuncio in Washington, D.C., and gotten in return what looks like a form letter. Then they collect this correspondence and send it with a heartfelt cover letter to the Holy See, but still get no satisfaction. (It seems to be the case that usually only highly organized letter-writing campaigns get the Holy See’s attention.)

Spiritual directors, chaplains, spiritually minded medical doctors, and gifted lay people of the nineteenth century did a better job of caring for the emotionally and mentally ill than our modern mental-health "experts."

Bishops are busy men, and no doubt sometimes so busy that they aren't aware of what's being published in their own diocesan papers.