Volume > Issue > Dare We Hope for the Salvation of the Unborn? 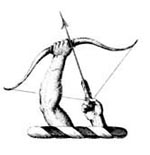 By Robert Benson | October 2012
Robert Benson retired in 2009 from teaching medieval English literature and Dante (in translation) at the University of the South in Sewanee, Tennessee. He and his wife were received into the Catholic Church in 1993.

They praised in unison your conquering hand, O Lord, for wisdom opened mouths that were mute and gave eloquence to the tongues of infants. — Wisdom 10:20-21

Many faithful Catholics do not know the Church’s teaching on the fate of the souls of unbaptized infants. Converts have perhaps not thought seriously about the matter, and cradle Catholics fall back easily on teachings they vaguely remember about “Limbo.” Though Limbo is not mentioned in the Catechism of the Catholic Church, it remains a “possible theological hypothesis,” according to the Vatican’s International Theological Commission. In 2007 the commission presented its document “The Hope of Salvation for Infants Who Die Without Being Baptized” to William Cardinal Levada, then-prefect of the Congregation for the Doctrine of the Faith, who, upon receiving the endorsement of Pope Benedict XVI, approved it for publication and distribution.

In the Church’s reflection on the mystery of salvation, the commission states, the question of the “eternal destiny of infants who die unbaptized is ‘one of the most difficult to solve in the structure of theology.'” It is, in the commission’s words, a “‘limit case’ where vital tenets of faith, especially the need of Baptism for salvation and the universal salvific will of God, can easily appear to be in tension.” While acknowledging that “the Church does not have sure knowledge about the salvation of unbaptized infants who die,” the commission notes that in recent times “the magisterium of the Church has shown an increasing openness to the salvation of unbaptized infants.” The work — even the existence — of the commission is not as widely known as it should be, and some who have commented on this consideration of the fate of unbaptized infants have expressed reservations about the Magisterium moving beyond the tradition of Limbo or the “mildest condemnation” with which St. Augustine assigned the unborn in Hell. The commission’s work, however, confirms and elaborates the position articulated in the Catechism that we can “hope that there is a way of salvation for children who have died without Baptism” (no. 1261).

Because of the great number of children who die these days through abortion, miscarriage, contraception, and fertility experimentation, the commission recognizes a certain urgency in its consideration, and its document is a thoughtful and thorough examination of the question from biblical times to the present. The commission notes that “the Church knows the help that can be given by the faith of believers,” and cites Mark 2:5, the account of friends lowering the paralytic through the roof to get him to Jesus: “And when Jesus saw their faith, he said to the paralytic, ‘My son, your sins are forgiven.'” Nothing is said of the faith of the paralyzed man whose friends’ labor on his behalf demonstrated their faith in Jesus’ power. The faithful today should have similar confidence in God’s mercy and should pray for the salvation of unbaptized infants with fervent hope. The commission adds that Christians should explain to the parents of children who have died without baptism “why their own hope for salvation can also extend to those infants or children.”

She wanted to fly in and meet. At the airport, he was disappointed by how she looked in person. But by that stage in his life, he didn’t think he could do better.