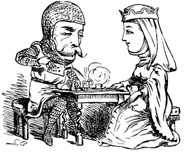 Archbishop Levada: Advancing on the Chessboard

"THE EXACT MIDDLE OF THE ROAD"

By Tom Bethell | January 2006
Tom Bethell is a Contributing Editor of the NOR, and author of The Politically Incorrect Guide to Science (Regnery, 2005).

Probably most American Catholics had never heard of Archbishop William Levada. But Benedict XVI’s decision, soon after he was elected Pope, to promote Levada to Prefect of the Congregation for the Doctrine of the Faith came as a surprise to insiders, including some cardinals. Levada had taken what could only be called a modest view of his role as Archbishop of San Francisco. Then, out of the blue, he was elevated to the highest Church position ever held by an American. As Archbishop, first of Portland and then San Francisco, he had shown little inclination toward leadership. An intellectual with Hamlet-like qualities, he was surely not cut out to be the Prefect.

Under the regime of Archbishop John Quinn, his predecessor in San Francisco for 18 long years, Catholicism in “the City” (as San Francisco is called by locals) continued its prolonged decline. Mass attendance, which had fallen by over 60 percent since the late 1960s, showed no sign of recovery. At least 10 churches were closed. When Levada arrived, the main issue stirring up activists was the closure and threatened sale of St. Bridget’s Church on valuable real estate. That was put on hold — bishop seemingly riding to the rescue! — but its sale was announced the moment he left San Francisco. That summarized his tenure. Oil on troubled waters, but beneath the surface there was no change.

The quality of episcopal appointments in California, dismal before Levada’s arrival in San Francisco, showed no improvement after it. Patrick Ziemann, the Bishop of nearby Santa Rosa, had a two-year sexual relationship with one of his priests and had to resign after accusations of assault made the immoral relationship public.

Meanwhile, homosexual activism in the area went from strength to strength. Despite, or more likely because of AIDS, homosexuals acquired ever greater political power. The local episcopacy, under both Quinn and Levada, were too timid to say much of anything about that dangerous topic. The ever-present risk of retaliation — who knew which closeted homosexuals within the clerical ranks might be outed? — ensured that silence remained the preferred policy. More than anything, that accounts for the almost inaudible response by the Catholic hierarchy, and not just in San Francisco but almost everywhere, to one of the great moral issues of our time.

Physicians were largely responsible for the passage of laws to counter an epidemic of induced abortions among married Protestant women.

"I Learned That I Need to Keep My Mouth Shut"... Could Jennifer Granholm Be the St. Thomas More of Our Times?... Poor Deal Hudson, he feels left out - as he should be... Telephone Skills — And Other Classes for Women