Volume > Issue > An American Priest at the End of the Earth 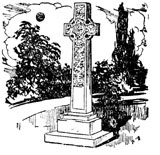 An American Priest at the End of the Earth

IN THE RUSSIAN FAR EAST

In the early 20th century the Russian Far East boasted a thriving Catholic population. The land was populated, in addition to Russians, by Poles, Lithuanians, Germans, and other ethnic Catholics who had built thriving schools, hospitals, and beautiful churches. In 1917 all that changed. The Bolshevik Revolution effectively dismantled the Catholic Church — and all of Christianity and religion for that matter — in this area.

Under the leadership of Joseph Stalin, the Russian Far East became a showplace of the new Communist era: a land without churches in a country that had vanquished God. All Catholic churches were confiscated by the Soviet government. Those not razed by Communist dynamite were transformed for profane purposes: to be used, for example, as a horse barn, a movie theater, a night club, a venereal disease clinic.

According to KGB statistics, between 1917 and 1937 an estimated 200,000 clergy and religious were executed in Russia, their bodies thrown into mass graves. Further, the Catholic cemeteries dotted by cross-tipped tombstones were destroyed, the sacred ground over the graves turned into amusement parks in the heart of the city centers, the dead trodden upon by new generations of Soviet-reared children. This was all part of the strict Communist regimen of desecration that succeeded in weaning future generations away from that which put them in the presence of God.

In 1992, one month after the fall of the Soviet Union, Fr. Myron Effing, an American priest, arrived in Russia to help re-establish the Catholic Church in this spiritually impoverished land. At the behest of the Most Rev. Joseph Werth, the newly appointed Bishop Apostolic Administrator of Novosibirsk in Siberia, Fr. Effing was invited to establish a residence in Vladivostok, the Russian Far East’s largest city. Among a population of nearly one million souls, he found fewer than 10 baptized Catholics, though a few more Catholics were scattered thinly throughout the region. Fr. Effing and another American priest, Fr. Daniel Maurer, were charged with the daunting task of re-establishing Catholic parishes in a territory twice the size of the continental U.S. It is from this port city on the Sea of Japan near volatile North Korea and Communist China that the Evanston, Indiana, native has been serving Christ and His Church as a Catholic priest for the past decade.

Geography and size, however, were not the more difficult impediments to Fr. Effing’s new mission. Seventy-five years of militant atheism had taken its toll on the Russian population. When he arrived he found that the vast majority of Russian citizens knew very little about God and virtually nothing about the Catholic Faith. Atheism combined with the failed promises of Communism produced a country plagued by the worst societal ills imaginable.

The heavy-handed Russian attempt at easternization made central Europeans far more conscious of their Western heritage.

From Ideology to Magic

I noticed Marina Tsvygun almost as soon as I arrived in St. Petersburg: the whiteness…