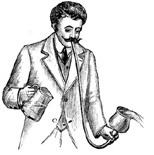 A Clear-Cut Case for Excommunication

By Ronald Rychlak | April 1997
Ronald J. Rychlak is Associate Professor of Law at the University of Mississippi. Kevin Slattery is Pastor of St. John the Evangelist Catholic Church in Oxford, Mississippi.

On January 2, 1997, the Vatican Congregation for the Doctrine of the Faith, the Church’s doctrinal watchdog, issued a Notification of excommunication for Fr. Tissa Balasuriya, a theologian from Sri Lanka.

Balasuriya is protesting his punishment, and he reports that phone calls and telegrams of support have been coming in to him from around the world. A petition of support has been signed by colleagues from the Ecumenical Association of Third World Theologians. Indeed, he has become something of a cause célèbre in certain circles.

Feminist theologian and writer Margaret Hebblethwaite says Balasuriya’s stance in favor of female priests is the reason for the excommunication: “I suspect Tissa Balasuriya may be the first martyr to the cause of women’s priesthood.” Frances Kissling, head of the pro-abortion Catholics for a Free Choice, states that Balasuriya’s positions are “no more radical, no more deviating than many other Catholics who have not been excommunicated. People are wondering whether by…using this extreme measure, the Vatican isn’t sending a signal.” More generally, Balasuriya’s sympathizers are issuing dire warnings of a new Inquisition.

Balasuriya is an Oxford-educated theologian and author of nine books. Despite being a member of the Oblates of Mary Immaculate, Balasuriya has some peculiar ideas about Mary. He has said Mary was the first female priest. He refuses to affirm that Mary was immaculately conceived, was a virgin, or was bodily assumed into heaven, and has expressed opposition to praying the “Hail Mary” and reciting the Rosary.

Where Have All the Students Gone?... Liturgical Winners & Losers

Letter to the Editor: December 1988